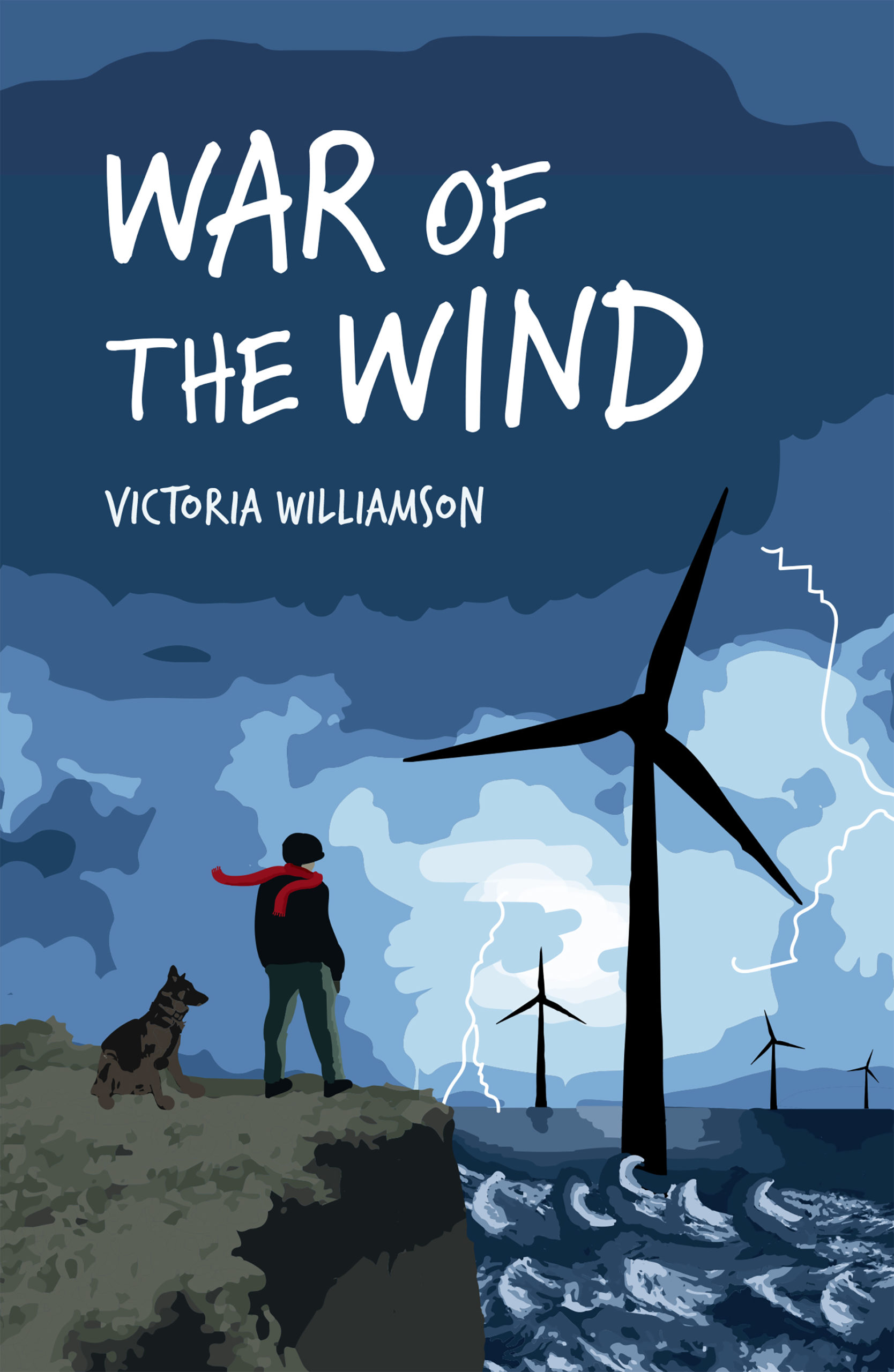 On a remote Scottish island, fourteen-year-old Max’s life changes forever when he loses his hearing in a boating accident. Struggling to make sense of his new life and finding it hard to adapt in school, he begins to notice other — even stranger — changes taking place when a new wind farm appears off the island’s coast.

With the help of three school friends with additional support needs, Max discovers that a sinister scientist, Doctor Ashwood, is using wind turbines to experiment on the islanders. They must find a way to shut down the government’s secret test before it spins out of control… 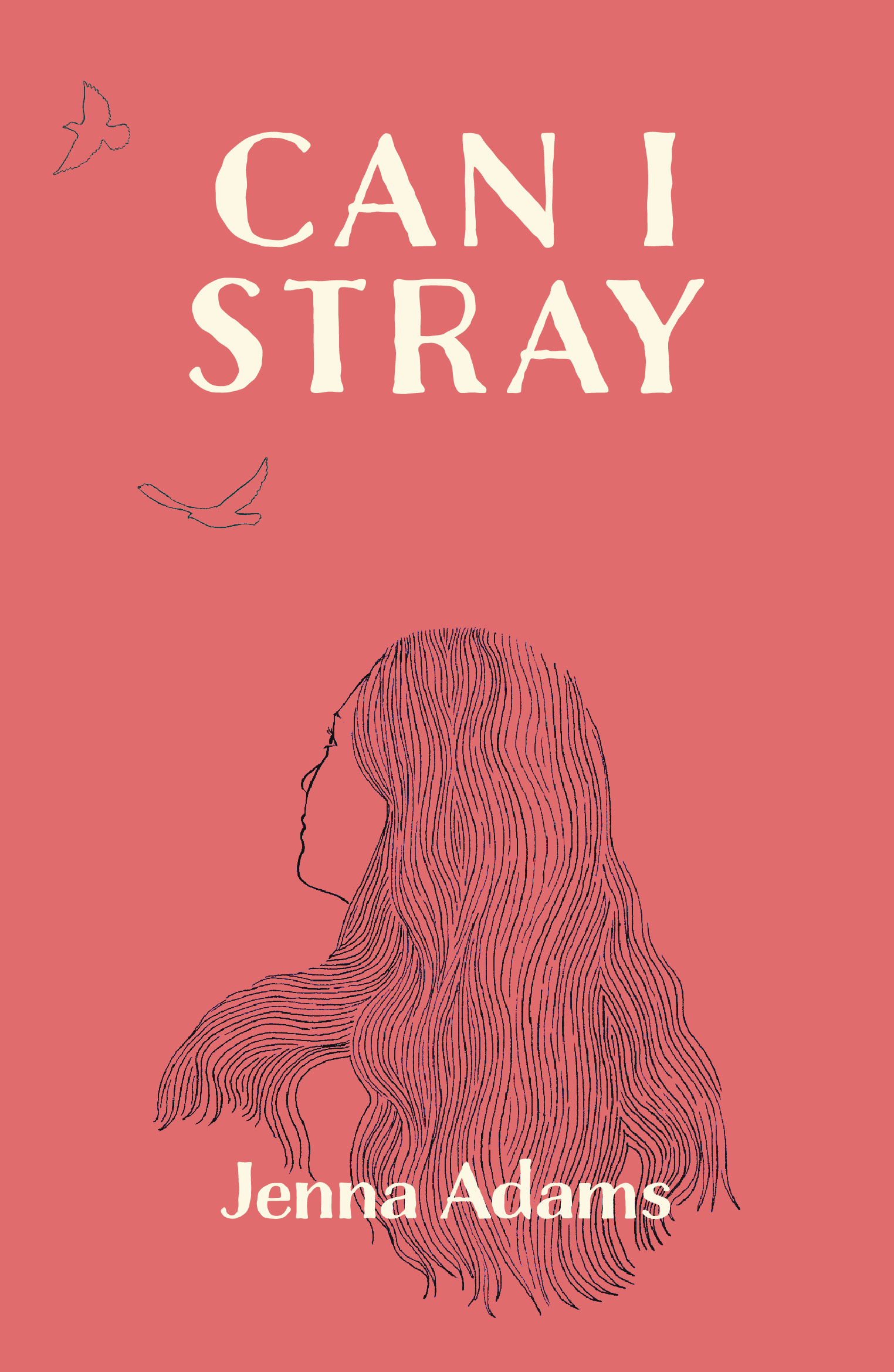 Fourteen-year-old Brooke Tyler has spent her whole life waiting for a boy to choose her. Matt is about to go to university, scared to leave behind everything he knows. When both are cast as romantic leads in Romeo and Juliet, they fulfil the roles of forbidden lovers both on and off the stage. Brooke is sure that her fairy tale is coming true – and best of all, Matt is older.

Brooke considers secrets and lies a small price to pay for her first boyfriend, but the relationship is set to cost her after one night alone in an empty auditorium. When Brooke learns that Matt’s actions that night were illegal, her world shatters.

Years later, Brooke and Matt reunite as adults. Matt wants to undo all the damage he caused, but Brooke makes a choice which forces them both to question their relationship.

Told in three acts this captivating debut reveals a young woman’s journey for independence as she strays away from everything she has ever known to navigate her traumatic past. 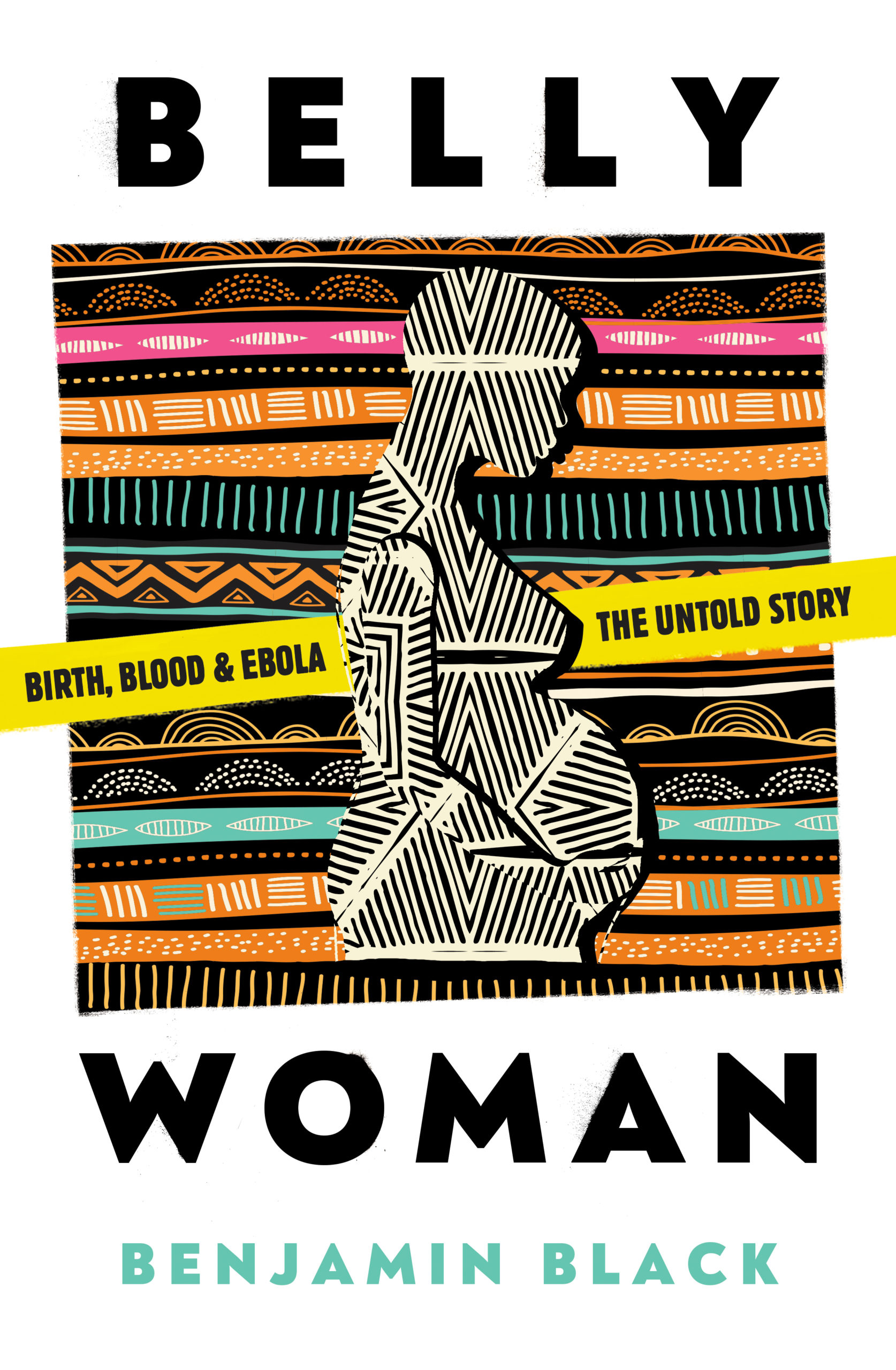 ‘This book will stay with me for years.’ –ADAM KAY, author of This Is Going to Hurt

What happens to pregnant women when a humanitarian catastrophe strikes?

May, 2014. Sierra Leone is ranked the country with the highest death rate of pregnant women in the world. The same month, Ebola crosses in from neighbouring Guinea. Arriving a few weeks later, Dr Benjamin Black finds himself at the centre of an exponential Ebola outbreak. From impossible decisions on the maternity ward to moral dilemmas at the Ebola Treatment Centres. One mistake, one error of judgment, could spell disaster.

An eye-opening work of reportage and advocacy, Belly Woman chronicles the inside journey through an unfolding global health crisis and the struggle to save the lives of young mothers. As Black reckons with the demons of the past, he must try to learn the lessons for a different, more resilient, future.

‘A must-read for our times – riveting, illuminating and humbling.’ — AMINATTA FORNA, author of The Memory of Love and The Devil That Danced on the Water

‘An inspirational story of compassion and dedication in the face of a brutal epidemic.’ — LEAH HAZARD, author of Hard Pushed: A Midwife’s Story

Belly Woman is currently unavailable in the US. 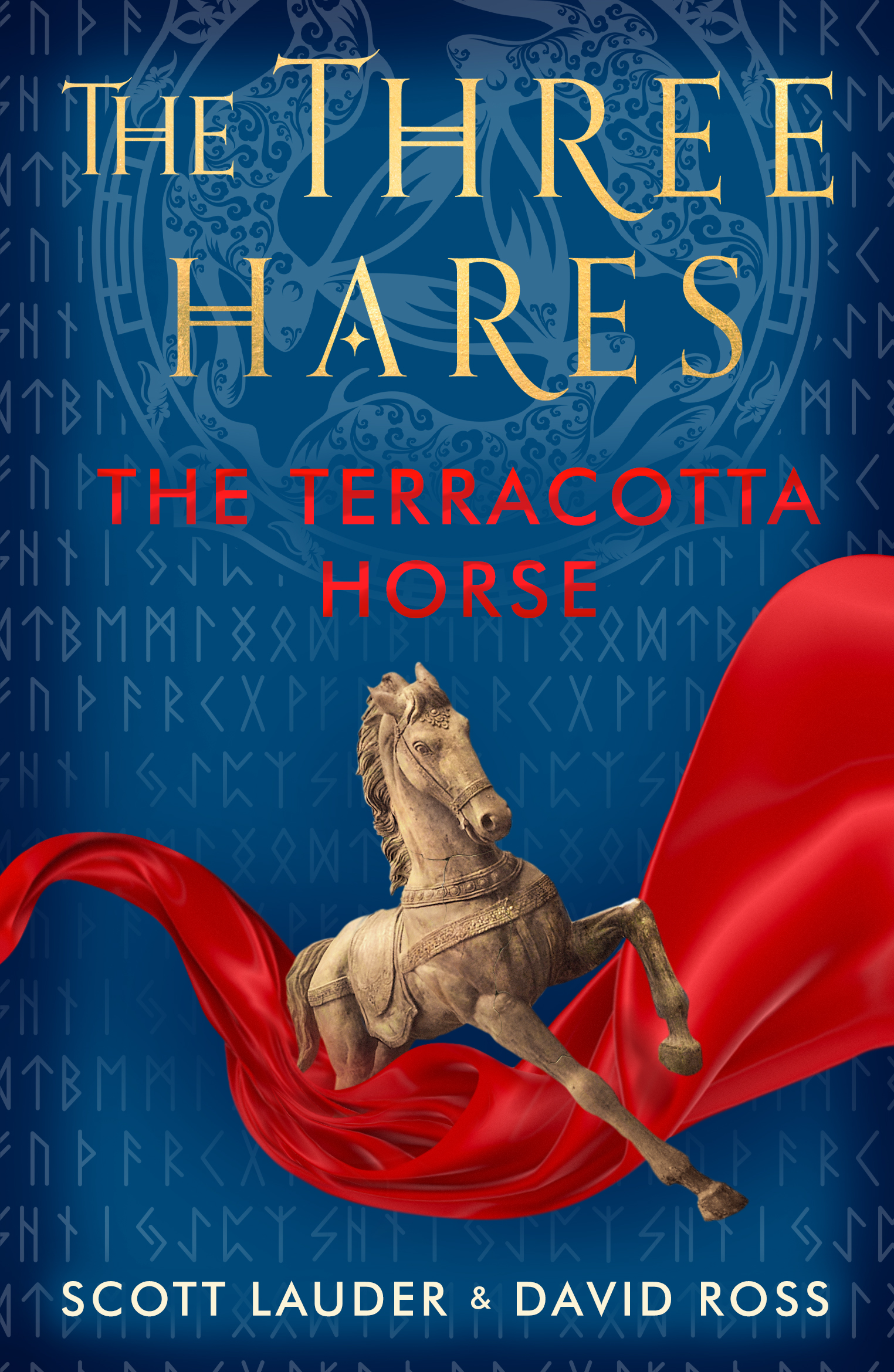 Fifteen year old Salma Mansour is an expert in taekwondo, a skill she now needs to stay alive. One second, she’s in the British Museum, the next she is transported back a thousand years to the vicious Battle of Maldon between the Saxons and the Vikings…

Things brighten momentarily when she encounters Sara and Sanjeev, who seem to understand this extraordinary time slip. They don’t have much time to plan though; without warning, all three are transported to Xi’an, home of the Terracotta Warriors and stronghold of Chan, a wealthy gang leader bent on immortality. Chan has kidnapped world-famous geneticist Lin Dan and assembled fragments of an ancient magic to empower him. Chan will stop at nothing to fulfil his dream…even if it means releasing evil forces far beyond his control…

The destiny of the world in their hands, The Three Hares must work together to defeat Chan and the power that controls him…or else. 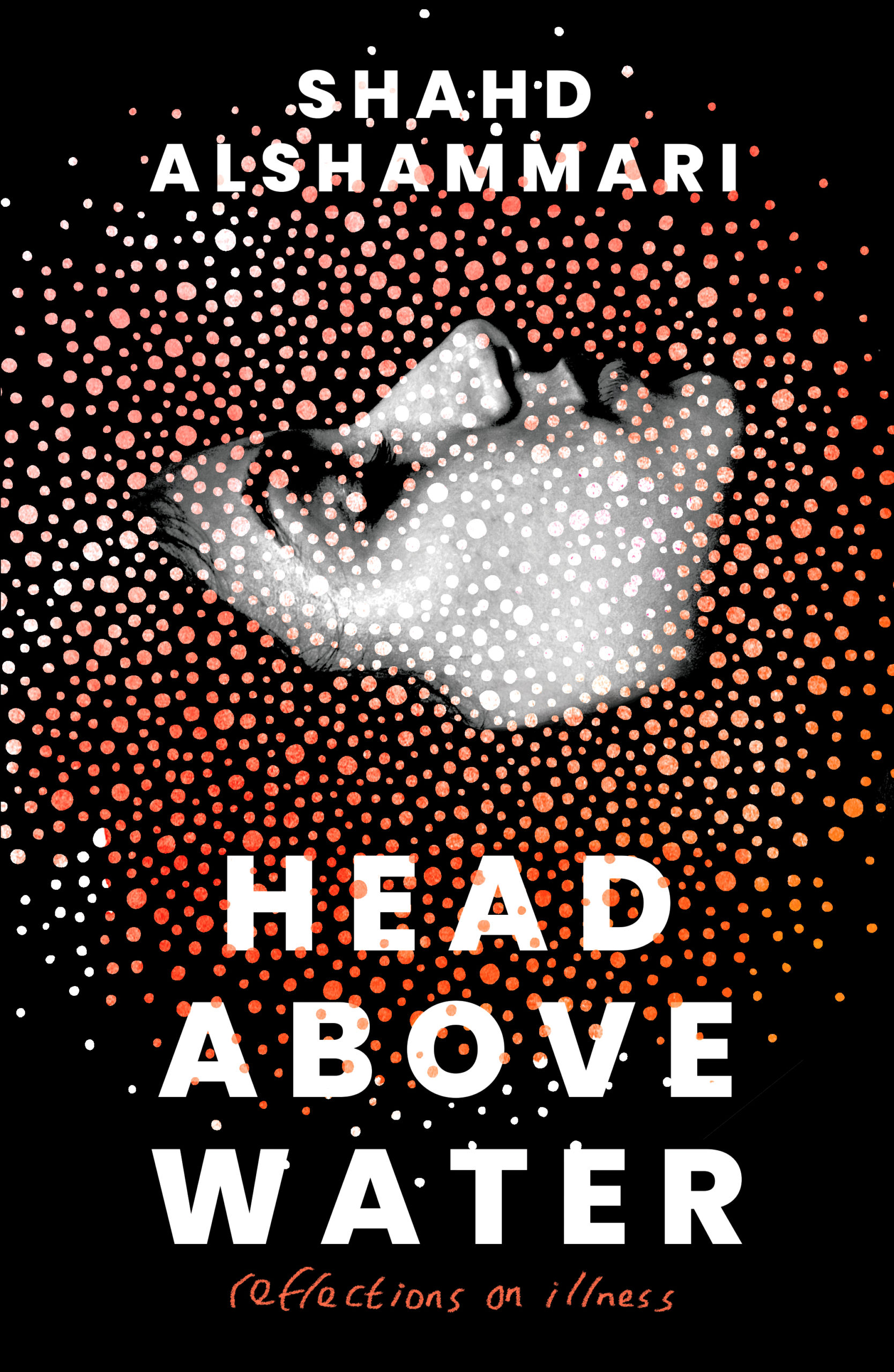 Head Above Water takes us into a space of intimate conversations on illness and society’s stigmatization of disabled bodies. We are invited in to ask the big questions about life, loss, and the place of the other. The narrative builds a bridge that reminds us of our common humanity and weaves the threads that tie us all together. Through conversations about women’s identities, bodies, and our journeys through life, we arrive at a politics of love, survival, and hope. 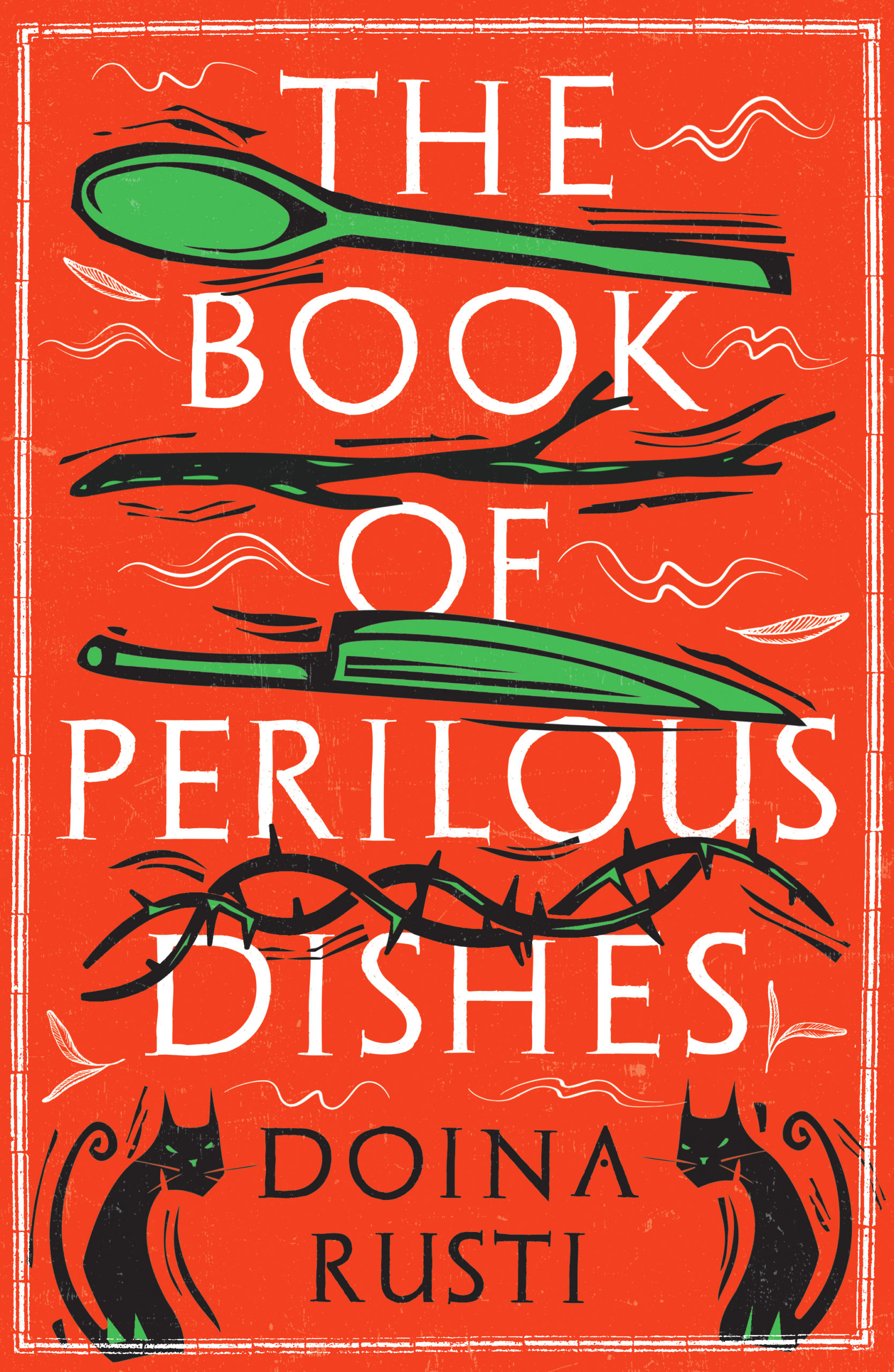 1798: A magical, dark adventure. Fourteen-year-old Pâtca, initiated in the occult arts, comes to Bucharest, to her uncle, Cuviosu Zăval, to retrieve the Book of Perilous Dishes. The recipes in this magical book can bring about damaging sincerity, forgetfulness, the gift of prediction, or hysterical laughter. She finds her uncle murdered and the book missing. All that Zăval has left her is a strange map she must decipher. Travelling from Romania to France and on to Germany to do so, Patca’s family’s true past and powers are revealed, as is her connection to the famous and sublime chef, Silica. 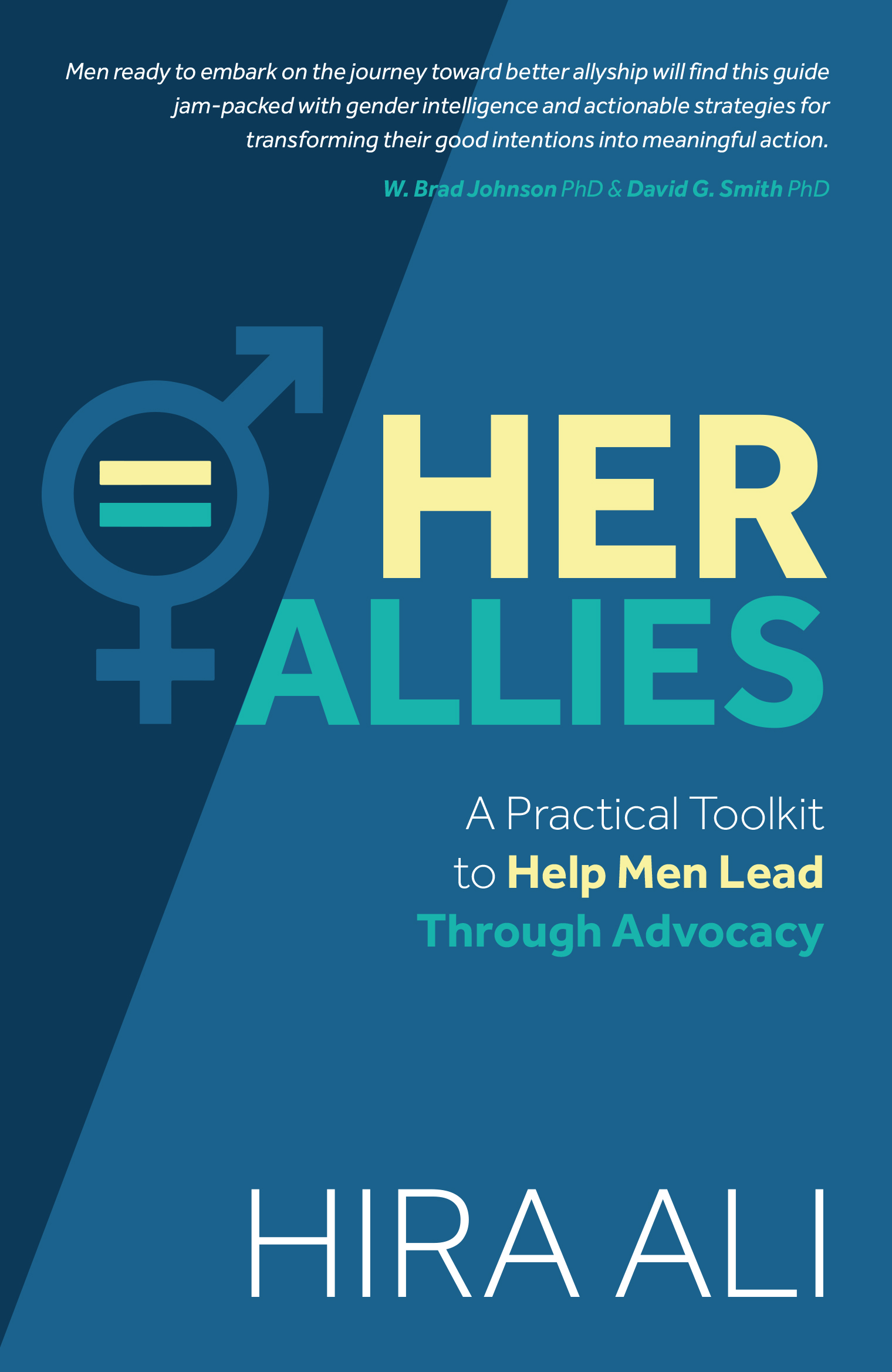 This practical toolkit offers men the strategies they need to become powerful advocates for gender equality. But, at its heart, this book is an invitation to all men who are willing to take that bold first step and transform good intention into meaningful action. Those men with the courage to read on will embark on a progressive journey that ends only when women realise the same opportunities, recognition, and respect that men already command. Her allies aren’t committed to this journey for personal gain; these selfless pioneers know that their children and grandchildren will reap the rewards of their efforts for generations to come. 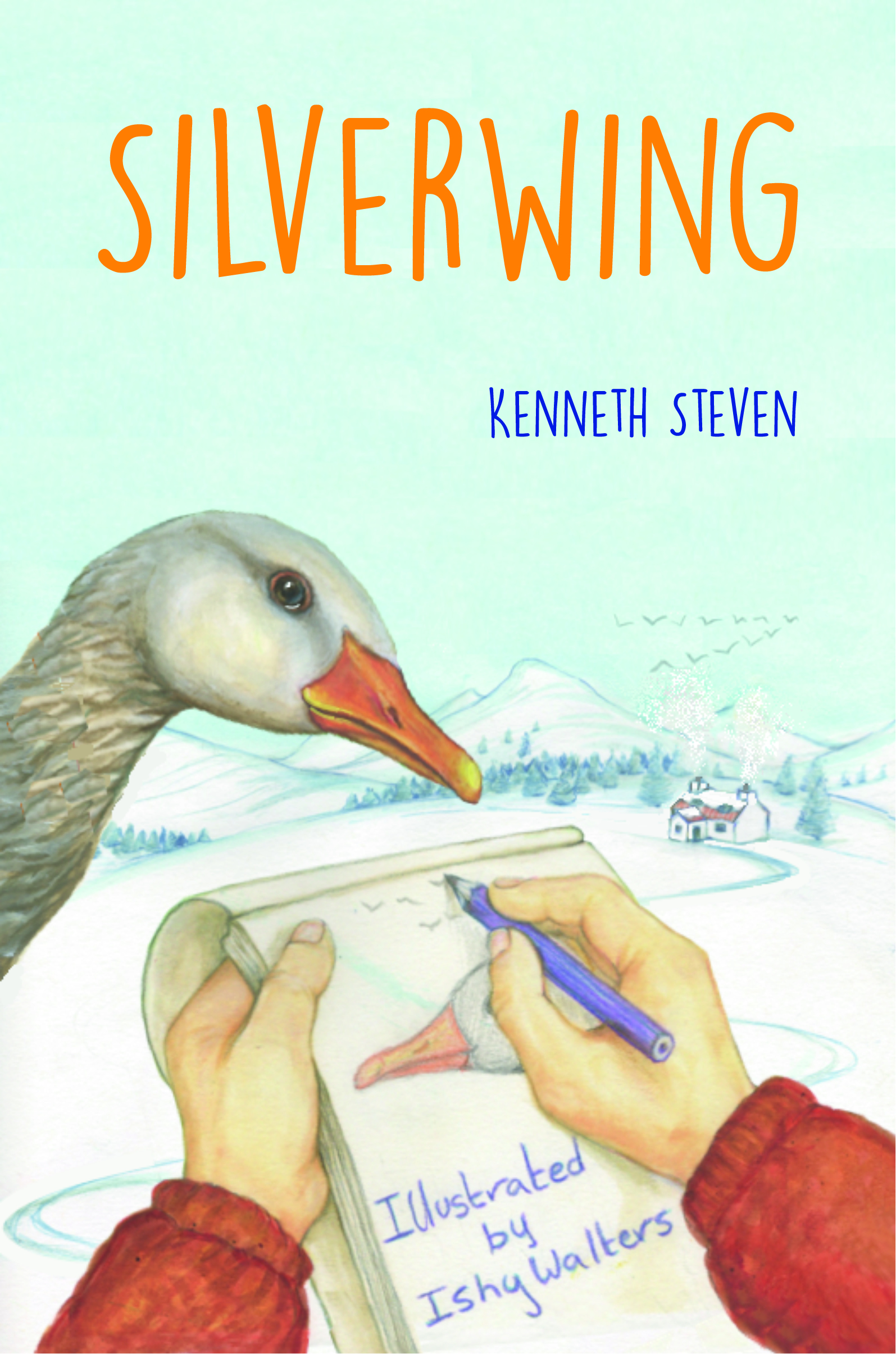 A beautiful story about ten-year-old Douglas who has recently lost his mother to cancer. The boy and his father haven’t been able to communicate since her death, and the house is a place of sadness. One day Douglas finds an injured Greylag goose and so begins their mission to nurse the bird, and themselves, back to health. As father and son work together and start talking together again, they discover much more about Douglas’ mother than they ever knew before and connect with each other on a deeper level. The story deals with bereavement, school bullies, father-son connection, and the enormously healing power of nature and art. Illustrated with gorgeous drawings throughout, this is a story that will stay with you even after you close the book. 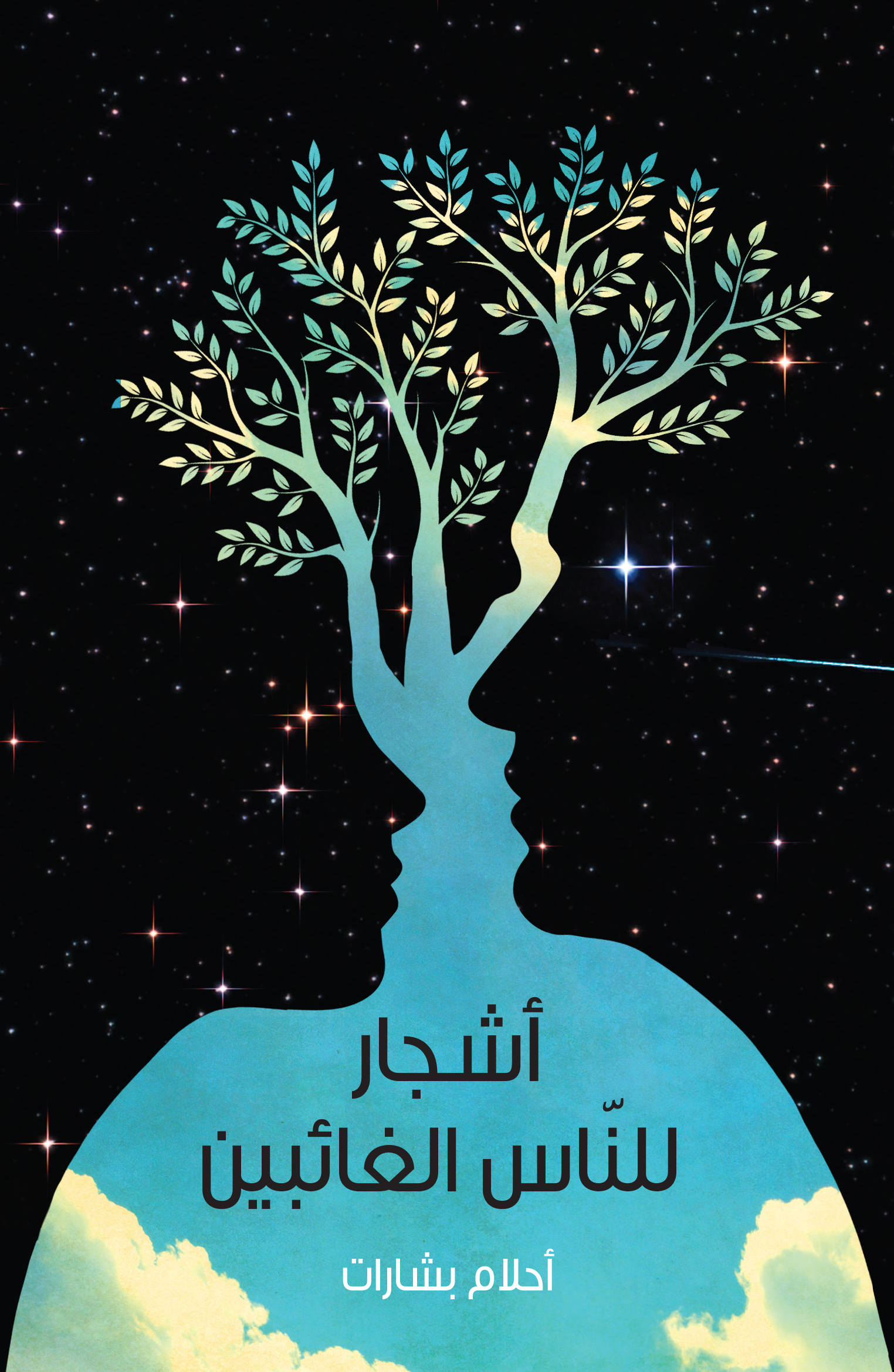 Young love, meddling relatives, heart-to-hearts with friends real and imagined – Philistia’s world is that of an ordinary university student, except that in occupied Palestine, and when your father is in indefinite detention, nothing is straightforward. 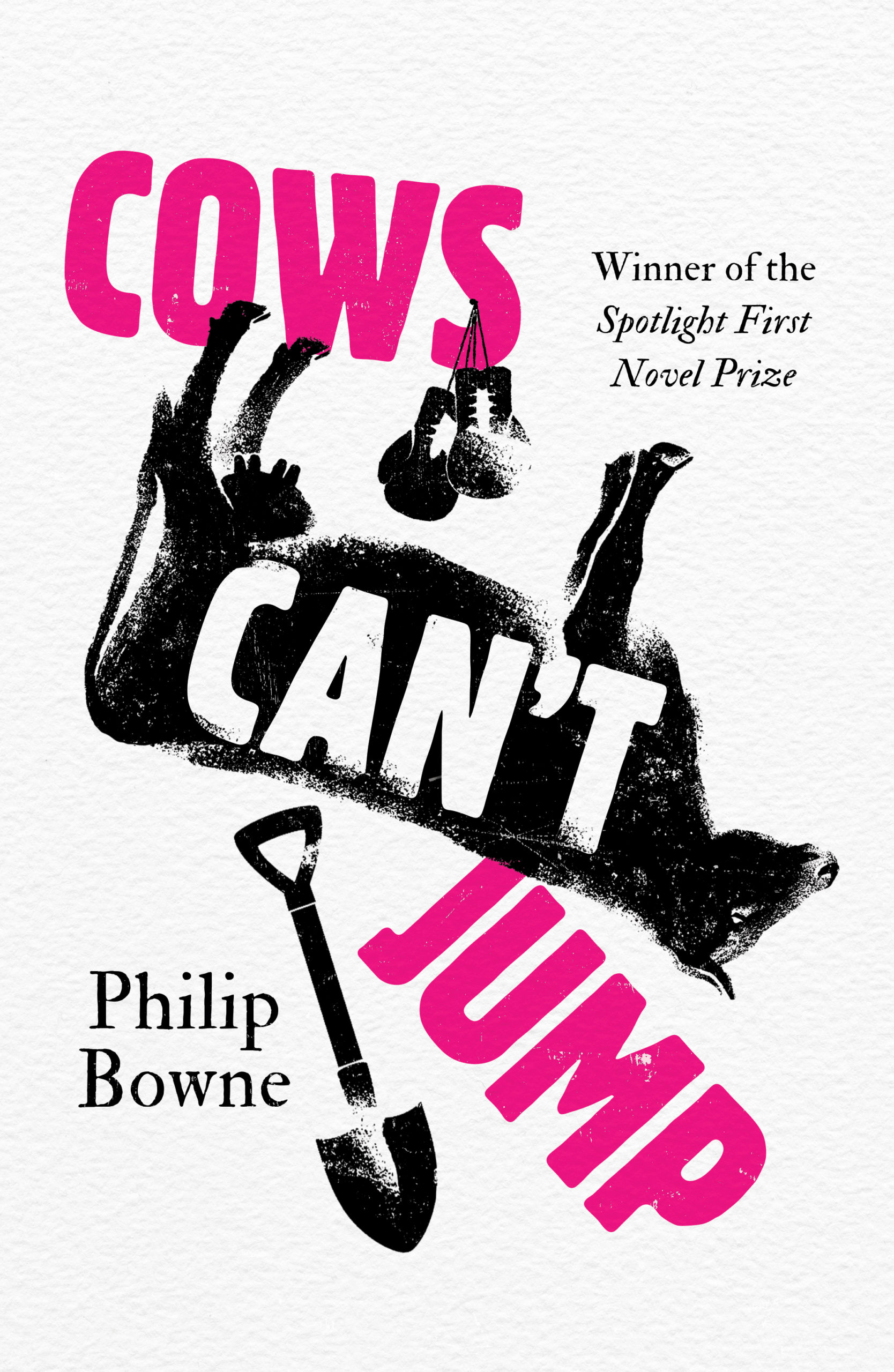 This witty and poignant coming-of-age story catapults 18-year-old Billy Reed across Europe. Penniless and desperate to escape middle England, Billy is working as a grave-digger, the ultimate dead-end job. To make matters worse, he’s a virgin, and there’s no hope of him meeting a girl any time soon. The only women at work are in coffins. Meeting the older, mysterious Eva changes everything. A scramble across Europe follows, involving hitch-hiking with truckers, walking with refugees, and an encounter with suicidal cows. But the further Billy goes, the harder it is to be sure what he’s chasing – and what he’s running from. Part coming-of-age narrative, part European travel adventure, this is a hilarious and moving book for everyone who wants to break away and follow their dreams.