Female Authors and Characters that inspire us on International Women’s Day 2022.

This International Women’s Day we are spotlighting some of our favourite female characters and authors that inspire us. From Sara in The Three Hares: The Jade Dragonball to Pâtca in The Book of Perilous Dishes to Hafsa Lodi, author of Modesty: A Fashion Paradox and Shahd, author of Head Above Water. Take a look below to find out which Neem Tree Press member picked who! 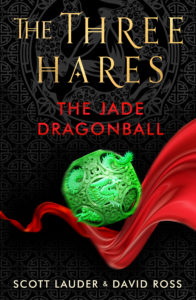 ‘Sara from The Three Hares: The Jade Dragonball is a poignant character that comes to life on the page through her dazzling determination and original thinking. As she is plunged into a magical world rooted in China’s history, it was interesting to read how Sara navigated unexpected situations in the face of adversity. Scott Lauder and David Ross have created a relatable teen protagonist who embodies empathy, bravery, and curiosity. It was also a pleasure to see how Sara came to value her relationship with her grandmother which flourished throughout the story. Many characters in this book are important contributors to inclusivity in the literary world where young readers can see themselves in the books they read. They had me hooked!’

Jade’s Choice – The Book of Perilous Dishes by Doina Rusti 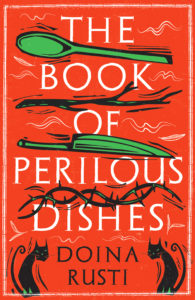 ‘There are several reasons why Pâtca from Doina Rusti’s The Book of Perilous Dishes is my favourite female character. Firstly, Pâtca is in many ways very similar to Doina Rusti, the author of this fantastic story who grew up under a communist and oppressive regime until the Romanian Revolution in 1989. Rusti writes with an epic force and originality which consumes you in this fast-paced magical narrative. From the beginning Pâtca is fiery, fierce, and strong-willed, fleeing to Bucharest at fourteen-years-old to embark on a dangerous mission, to retrieve the Book of Perilous Dishes. Despite the hardships she encounters Pâtca is resilient and often takes risks to stand up for her family in spite of the consequences.  Throughout her (mis)adventures, she learns a lot about herself, her powers, and her family. If you are a fan of historical fiction, fantasy or are simply passionate about translated literature from Romania than look no further, this book has it all!’ 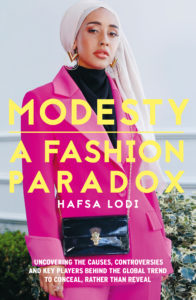 ‘There are many inspiring women around me at Neem Tree Press, selecting one seems unfair, but from amongst our authors and characters we have published, I would have to say Hafsa Lodi, author of Modesty: A Fashion Paradox. Not only is her book a well-researched and much needed exploration of the space for modesty in fashion, but it is also a great insight into faith-based modesty that remains inquisitive and objective. Beyond the book she is a bold and intellectually provocative journalist, wielding her pen to promote women’s rights, interrogate stereotypes and force each of us to ask ourselves some difficult questions. Hafsa pushes at the boundaries of her readers’ limits and asks them to look again but from a different perspective and urges them to be ever open to learning because that is how, I believe, she lives life herself.’ 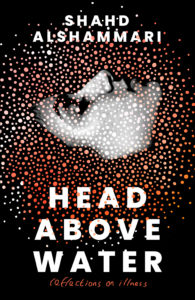 ‘I devoured Head Above Water by Dr Shahd Alshammari (PhD) in one night. What initially struck me was the fragility of our existence. Shahd went to sleep one night seemingly completely well, and the next day, her world had changed in ways she could not have imagined the night before. The book touched me not only for its beautiful prose but also for the prominence of so many strong women who have sustained Shahd throughout her life. These included her formidable grandmother and mother, her engaged students, her friends, her neighbours. They all formed intertwining circles of support. As Shahd says, ‘What I have always found profoundly interesting is the way people create their own circles and this circle becomes the element of healing, giving, and receiving. It is a circle of love and extends to others.’ And in Shahd’s mother’s words, “You give others, and they will give others. Pass it on. Pass the candle and let it light someone’s path.” May Shahd, her circle, and all our circles of strong, supportive women continue to nurture each other on this and every International Women’s Day.’

One day in the year 1892, when Edvard Munch was going for a walk near Oslo, the sky turned blood red.

He went home and created one of the most famous works of art in history.

But what is The Scream screaming about?

Children of War, written by Ahmet Yorulmaz and translated by Paula Darwish, is a powerful novel drawn from the diary of a refugee family evoking the beauty, complexity and trauma of Crete’s past.

This week's theme was London from a Window. Hope you enjoyed it.

#TheUmbrellaMen by Keith Carter is out now!

‘This beautiful philosophical tale by Spanish author Rafa Ruiz is suffused with flowing poetic prose. #Toletis is an absolute must-read for both children and adults. With extraordinary artwork by Elena Hormiga, this captivating story is one to relish. A book that is surely destined to become a classic.’ —Outside In World.

#Toletis is available to order now!

‘A nuanced and insightful study of the ‘modest fashion movement’ in the Muslim world and beyond.’ Publishers Weekly

Modesty: A Fashion Paradox by Hafsa Lodi is out now!

Subscribe to our newsletter to be the first to know about our latest books, including, events, review copies and exclusive offers!