In Conversation with Amy Wong

This week’s instalment of Publishing Insiders features Amy Wong, production controller at Bloomsbury. Originally from Lincolnshire, Amy has worked at various independent publishing houses and is the former Vice-Chair of the Society of Young Publishers (SYP) UK.

What made you choose a career in publishing?

The obvious answer would be my love of books! However, my involvement with one of the student newspapers at university also led me to publishing. While I soon realised I didn’t want to be a journalist, I really liked the collaboration involved, editing and discussing ideas for articles, laying out pages, and watching each issue come together with the knowledge that it would be read by other people. Publishing seemed like a good way to combine what I enjoyed about the student newspaper, the skills I gained from it and of course, my love of books.

It took me a while to understand what publishing actually is though. Going to industry events (thanks to a New Writing North scheme) and doing various work experience placements and internships helped to demystify it. It was meeting people who already worked in the industry that really convinced me publishing was a viable career option for someone like me.

Did you always want to work in Production? What was your experience finding your first job like?

Not at all! Like a lot of people, I originally thought I wanted to work in Editorial, ideally in academic publishing, but I knew it was important to keep an open mind. As a result, I applied for an Editorial Assistant job at Sweet Cherry Publishing, a children’s publisher based in Leicester. After my interview, I was offered a job as an Editorial and Production Assistant, mainly because of my experience with the student newspaper, which meant I had some basic InDesign skills. (This isn’t necessary for a lot of Production jobs though!)

I often found myself talking about the student newspaper during interviews even though I had publishing experience. I think people often worry that they need to do loads of internships to get a job in publishing, but a lot of the skills you need can be gained in other ways.

Despite not really knowing much about Production at the time, I accepted the job at Sweet Cherry Publishing and it worked out for the best. I ended up enjoying the Production half of my job more than the Editorial side, but found there was a lot of overlap in the skills they required.

What do you love most about working in production? What makes it unique from other publishing departments?

The thing I love most is seeing finished copies of the titles I’ve worked on. I think what makes Production unique is that it really makes you appreciate the physicality of a printed book and the overall package – not just elaborate finishes (although I won’t say no to a bit of foil!) but also the paper, the binding, the text design. I’m sure I’ve attracted many strange looks by inspecting books so closely in public!

I think starting my career at Sweet Cherry Publishing, which was made up of about ten people at the time I joined, really forced me out of my comfort zone. In smaller companies, there’s often less of a distinction between departments so I ended up wearing a few different hats and I was given a lot of responsibility early on due to the size of the team – for example, I ended up managing audiobooks!

I learnt a lot at Sweet Cherry Publishing, but I think moving into a Production-specific role at Bloomsbury allowed me to really focus on developing my print production knowledge. I now handle a greater number of frontlist titles per year – not just for Bloomsbury UK, but also for Bloomsbury USA and Bloomsbury Australia – and I enjoy getting to work on such a wide variety of genres. However, the way I interact with my titles is very different these days. For example, I used to typeset titles myself at Sweet Cherry Publishing whereas typesetting is handled by external suppliers at Bloomsbury.

Working on adult books is also very different to working on children’s books!

What are you most proud of in your publishing career so far?

One of the things I’m proudest of is being UK Vice-Chair of the Society of Young Publishers (SYP) last year. The SYP supports people who are either trying to get into publishing or who are in the early stages of their career. It felt great to be able to make a difference and help people.

Piranesi by Susanna Clarke will always be one of my career highlights – it was a huge honour to work on such a highly anticipated and special book, and I learnt a lot during the process.

Three Women by Lisa Taddeo is also on my list of favourites because it’s the book I feel best reflects my journey at Bloomsbury. I started off as a Production Assistant working on reprints and it was great to see it take off as more and more copies were requested. The Foyles Non-Fiction Book of the Year edition was the first special edition I handled from the beginning and then later I produced the various paperback editions.

Thank you so much for sharing your experiences and insights with Neem Tree Press, Amy! 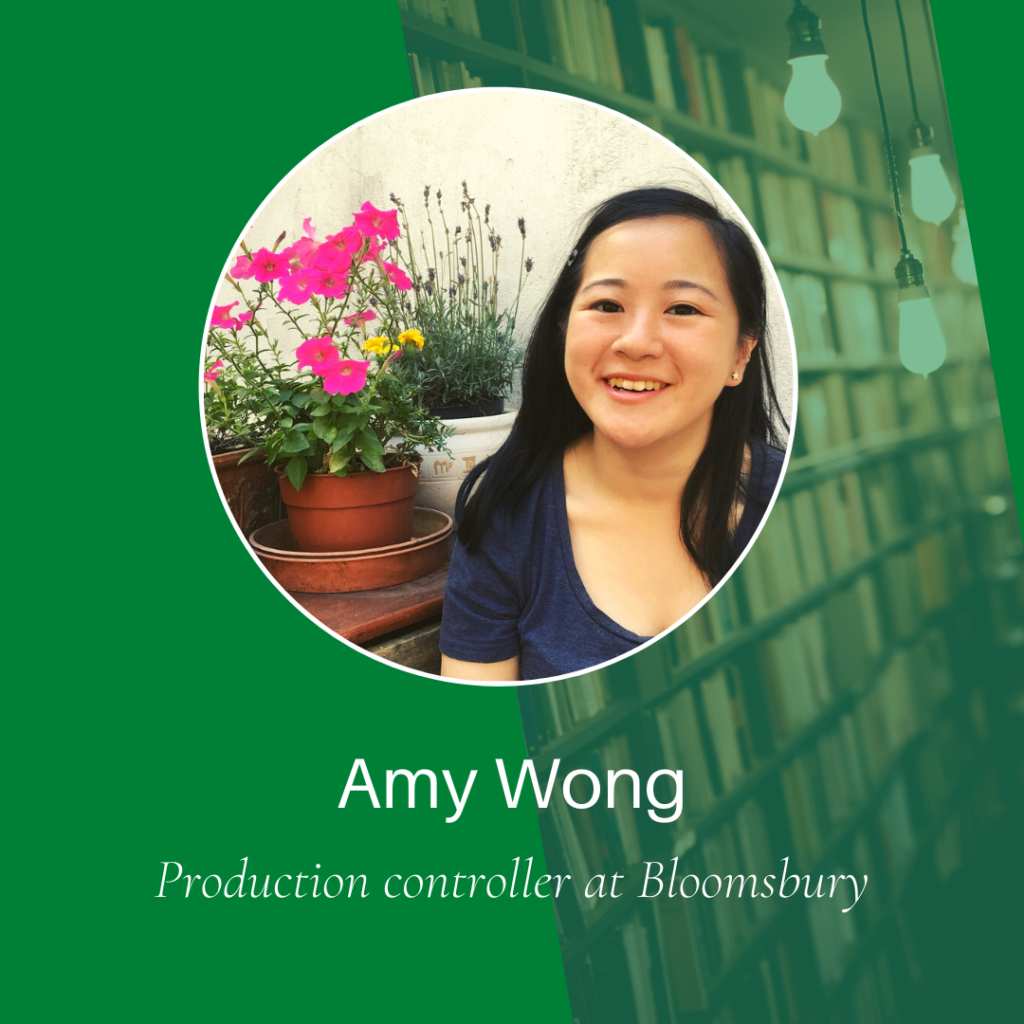 Amy can be found on Twitter @_amywong. We’d also love to connect with you @neemtreepress.